Serbian artist Kristina Benjocki will be presenting new work in het Langhuis as part of a dual exhibition with the Lithuanian born artist Ruta Butkuté: SUM.

Benjocki completed her masters degree in Arts Research in 2011 at the Royal Academy of Art in the Hague, having previously attained her BA at the Gerrit Rietveld Academy in Amsterdam. Butkuté also studied at the Rietveld, graduating in 2010 with a BA in Fine Art

Kristina Benjocki ( Serbia,1984) is a visual artist based in Amsterdam. Her practice varies from sound to video installations, sculpture and performance.  Her work explores notions of identity, power and community, and how this is made manifest with, and through, voice. Benjocki has expanded on this theme in recent works, notably in the piece ‘Untitled Monuments’. Due to a partial reorganisation of two important archives in Serbia, the artist was offered a number of items no longer considered relevant to the collection. She chose a group of vertebrae, and – in an unusual reversal of the archeological process – began tracing the locations in which they were found. She was consequently able to appropriate the objects in a timescale. The fragility of het findings, both in a material and factual sense, drove her to further examine the very nature of archives and the part they play in the construction of collective historical narratives. ‘Untitled Monuments’ will be forming part of this exhibition. 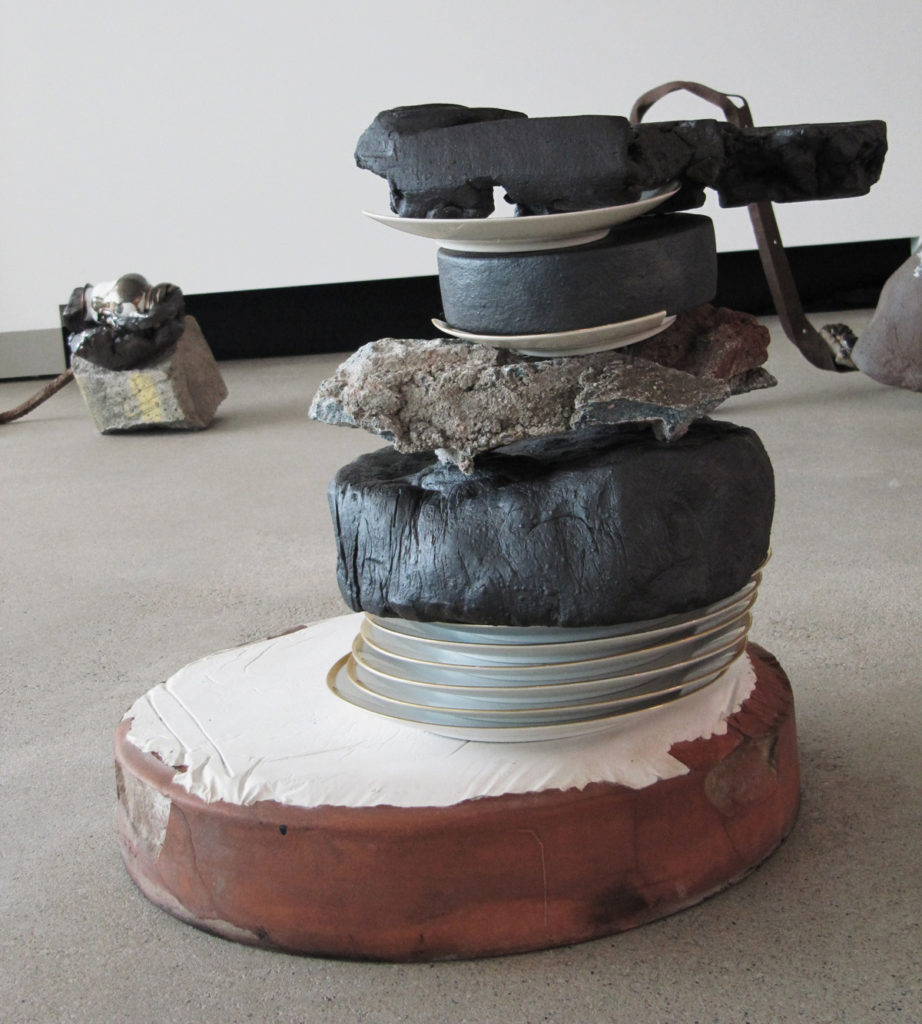 Ruta Butkuté ( Lithuania,1984) lives and works on Amsterdam. Butkuté works with found objects and other sculptural elements to create installations. Through her work she examines function; the function of objects in relation to each other, and to the people who position, experience and use them in their daily environment. Butkuté essentially displaces objects, disrupting what she refers to as a “chain of functionality: a chair to sit at the table, a table to eat from the plate..”: Butkuté renders objects free of purpose and, as a consequence, open to new interpretation, describing these items as ”nomads, cut off from a specific place. They become a silent reminder of death, of the inactive, a signature of time. They are waiting for an alternative location and a moment in time.” In het Langhuis Ruta Butkuté will be exhibiting new work developed around this theme, including the recent installation piece ‘Untitled”.